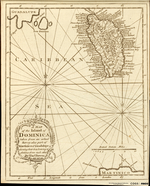 A MAP of the Island of DOMINICA, taken from an actual Survey: Also Part of Martinico & Guadalupe shewing their true bearing & distance from each other, By Tho's Bowen

A MAP of the Island of ST. JOHN In the GULF of ST. LAURENCE Divided Into Counties & Parishes And the LOTS , as granted by Government, to which are added The Soundings round the Coast & Harbours, Improv'd from the late Survey of Captain Holland 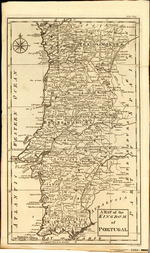 A MAP of the KINGDOM of PORTUGAL 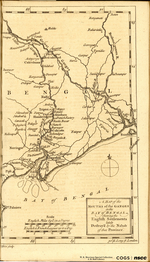 A MAP of the NEW ROADS &c. from WESTMINSTER BRIDGE

A MAP of the New GOVERNMENTS, of EAST & WEST FLORIDA 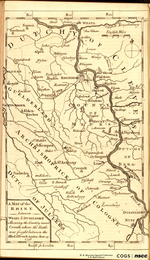 A MAP of the ROAD and COUNTY round TOULON

A MAP of the SEAT of WAR on the RHINE, and parts adjacent, in GERMANY 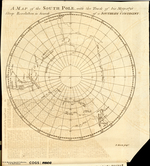 A MAP of the SOUTH POLE, with the Track of his Majesty's Sloop Resolution in Search of a SOUTHERN CONTINENT

A MAP of the STATES of VIRGINIA, NORTH CAROLINA, SOUTH CAROLINA and GEORGIA comprehending the SPANISH PROVINCES of EAST and WEST FLORIDA

A MAP of the WORLD from the best AUTHORITIES

A MAP of the WORLD on Mercators PROJECTION